Vivekananda Kendra Zilla Parishad Vidyalaya Basantipur celebrated Children’s day on the 14th November, 2022, with great festive fervour, to commemorate the 129thbirth anniversary of Pandit Jawaharlal Nehru. The programme began with a special assembly conducted by the teachers, followed by informative and inspirational speeches by students and a teaching staff Kr. Subham Das about the great leader, thinker, visionary and a true statesman – Pandit Jawaharlal Nehru. 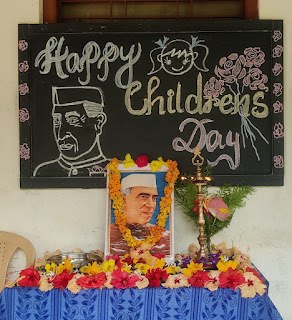 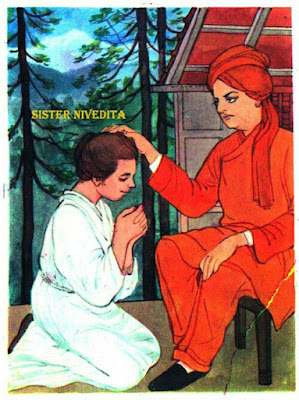 "Ramakrishna – Vivekananda – these two lives are the unity of India. All that is necessary is that India should keep them in her heart."
Sister Nivedita was an Irish teacher, author, social activist, school founder and disciple of Swami Vivekananda. She was very interested in service to humanity. As she met Swami Vivekananda, where she saw him giving a lecture on Vedanta, she was much impressed. She started believing Hinduism and thought of taking it forward. Later she came to India and started a girls school and educated many girls and women. 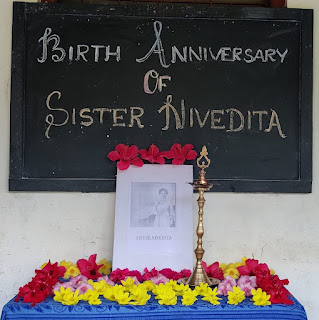 After the demise of Swami Vivekananda, Sister Nivedita took all the responsibilities of Swamiji and made it move forward. This celebration was observed in our Vidyalaya on 28 October at 9 am. Km. Jasmine, teaching staff of our vidyalaya enlightened the significance of the day and also spoke on the life of Sister Nivedita. 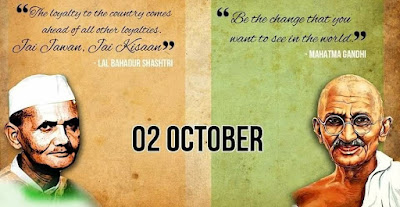 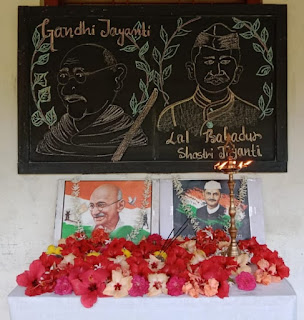 In our Vidyalaya, this National Festival was observed with great patriotism among students. Students also cleaned their own surroundings and also acknowledged the importance of cleanliness among themselves. On the particular say 02nd October 2022, the program began with Prabhat Pheri of students. Then the program continued after returning back with Ramdhun and few patriotic songs sung by students of classes IX & X. 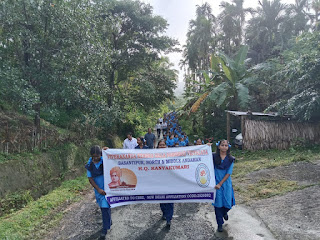 A Very beautiful and enlighted speech was given by two teaching staffs of our school, Mr. Kishor kumar Bhattacharjee and Mr. Ritesh Mazumder. Breakfast was also provided to the students. 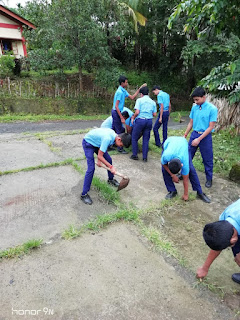 Universal Brotherhood Day was celebrated on 12th September 2022 in our Vidyalaya with great  joy. 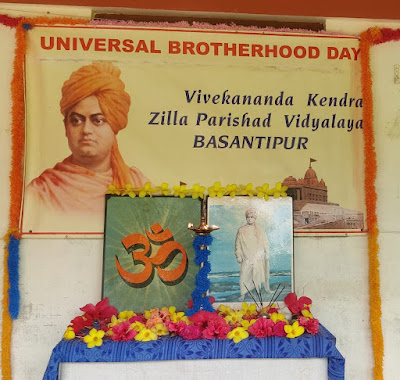 The day is celebrated to commemorate the historical Chicago speech of Swami Vivekananda on this day.

Diya Paul, a student of class VI,  made this day more memorable by getting up ready like swami vivekananda and gave the exact same speech as Swamiji delivered in chicago.

The welcome and adoration that was given to the speeches of Swami Vivekananda during the parliament of religion at Chicago made it clear that world is in need of the message of Bharat. Swami Vivekananda addressed the audience as " Sisters and Brothers of America". It had an electrifying effect on them. It was not merely a form of addressbut behind those words were the greate strength of spiritual strength of India.

The occassion was more glorified by the Chief Guest Dr. Sunita Roy, Veterinary Department, Swadeshnagar and with her message to the students about Swami Vivekananda. One of our teaching staff Smti. Pooja Roy also gave a fruitfull speech, focusing on the importance of Universal Brotherhood Day.

Teachers day was celebrated on 5th September in our Vidyalaya with great enthusiasm. The program was conducted by the students of class 10th under the guidance of class teacher Smti Pooja Roy.

To enlighten the day , a very warm speech was delivered by Mr. Kaushik Mondal.
- September 06, 2022 No comments:

Ganesh Chaturthi was celebrated in pur Vidyalaya on 31st August 2022(Bhadrapad month of Shukla Paksha, Chaturthi Thithi). The puja began with chanting mantras. The puja was conducted by one of the teaching staff of our vidyalaya Kr. Kishor Bhattacharjee. Songs were sung by the students of different classes.

A very beautiful Idol making competition was conducted 2 days before the Chaturthi. Students participated in this actively and prepapred beautiful idols of lord Ganesha. 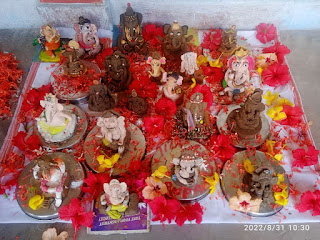 Shri Vaikundam Rao, teaching staff delivered a very brief speech on the occassion of Ganesh Chaturthi and also signified the importance of the day.
- September 01, 2022 No comments:

On 19th of August 2022 our vidyalaya celebrated Sri Krishna Janmashtami with great devotion. A very beautiful fancy dress competition was conducted among students of Kindergarten. Kids dressed up like Radha & Krishna.

This janmashtami puja was conducted by Kishore sir, teaching staff by following the complete rituals like chanting mantras and swinging Bal Krishna. All the teachers participated in this and students observed the rituals performed.

Saraswati madam, a teaching staff spoke on importance of the day. Krishna Janmashtami is celebrated to mark the birth of Lord Krishna. He is believed to be the eighth incarnation of Lord Vishnu and is revered across India. 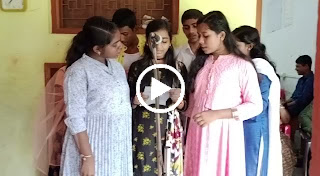